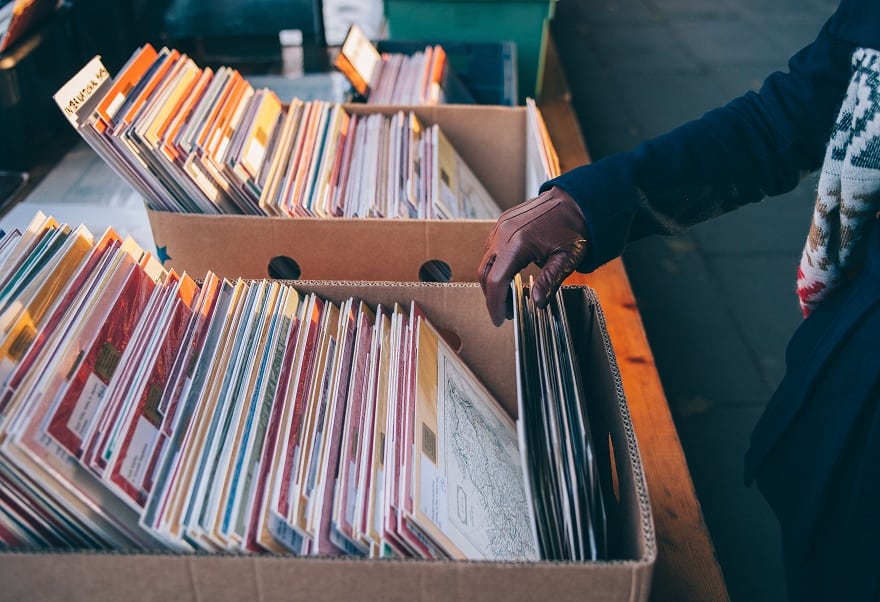 What are good songs (tracks) to use for practicing mixing as a Beginner DJ? For most people is mixing typical electronic dance music (EDM) songs easier than the not EDM songs, because in EDM songs the bass drum (kick) is most of the time good hearable. By hearing such a bass drum in a song, it is easier to layer them on top of each other while mixing them with another bass drum of another song. Furthermore, it is also good to mix songs with different beats per minute (BPM), to pick songs that you can harmonically mix, and to mix songs of different music genres (including the not EDM genres).

The first section in this post is about good songs we can to use for practicing mixing as a beginner DJ. The second section has some mixing examples of two typical EDM songs, and the third section is about how we can find and order songs for mixing before playing for an audience.

Good Songs to Use for Practicing Mixing

For most people is mixing typical electronic dance music (EDM) songs easier than the not EDM songs, because in EDM songs the bass drum (kick) is most of the time good hearable. By hearing such a bass drum in a song, it is easier to layer them on top of each other while mixing them with another bass drum of another song. So for the mentioned reason, the songs that follow are divided into typical and not typical EDM songs.

Mixing songs with a different tempo is also useful for practicing mixing since it is harder to do. Tempo almost always (or just always) in beats per minute (BPM).

Of course, we can mix typical and not typical EDM songs together. Also, when we are just practicing, then we can mix one song with the same song.

First here follows two of my favorite EDM songs to mix up and together they can create an excellent mix. I used to listen to these regularly, so I know the songs in and out which is always an advantage.

A fun fact, these songs were the most mixed songs in 2016 by professional DJs.

A 125 BPM song: Chocolate Puma – Listen To The Talk

Secondly, here follow another two songs. These two songs also mix great together. Later below in this post, you can hear how someone mixed these two.

Not Typical EDM Songs for Mixing

I know that many DJ doesn’t like the songs that follow, but these songs can give a DJ mix set something extra. Plus, they are harder to mix because the beats are harder to hear. However, these songs are at least useful for practicing mixing.

Here follow two older songs. Such older songs are also great practicing since they tend to have a different structure and sound, which is even more noticeable when are mixing songs with different genres such as a Disco and R&B song (Blurred Lines) with a Hip hop and Snap song (This Is Why I’m Hot).

There are two great EDM songs with which you can practice mixing. These two are already mentioned above and are “Cat Dealers & RICCI – What U Want” and “Matroda – Deep Inside.”

A Reddit by a member called Ykesha has already made two great examples of how he/she mixed the two tracks on different parts of the tracks. These two examples follow here below.

Example: The intro of “Matroda – Deep Inside” over the outro of “Cat Dealers & RICCI – What U Want.”

Example: The intro of “Matroda – Deep Inside” over the drop of “Cat Dealers & RICCI – What U Want.”

Here I will give you a few pointers that you can follow to pick your songs before you are going to play for an audience.

First, it is good to know what for music your audience is going to expect from your DJ mix set. It can be obvious to play deep house on a deep house party and not to play some hardstyle music, but some DJs do make these mistakes more than once. So choose songs that your audience expects from you.

Many DJs don’t like the steps that will now follow since these steps are a bit pre-planning your songs. Many DJs believe that pre-planning is bad since you never know how the audience act to your music. However for beginners, it can be a good choice to pre-plan at least a bit, so they don’t have to panic when they don’t know what song to choose next.

The second step is to find songs with a similar BPM as the songs chosen from the first step or with a BPM that differs a bit. There are two reasons for picking songs like this. The first reason is that it is easier to mix similar BPM songs. The second reason is that it is important to choose songs that match the energy level of the audience, and the BPM part is of the energy level.

The third step is to order the songs from the second step on BPM. However, this step is not always needed since many DJ software can do that for you. For example, Traktor Pro can order songs on BPM. Ordering in Traktor Pro is software specific, so I don’t explain that here.

For the fourth and latest step is to order the tracks with a similar BPM from the third step on musical key. A musical key is a group of pitches, and each of these pitches has a unique relationship with each other. As far as I know, every song has a key by which someone made that song.

The Camelot Wheel is an image with musical keys on it, which is easy to find by using Google. This image shows us wich keys sound harmonic with each other.

Mixing a song with another song with the same key is also harmonically correct.