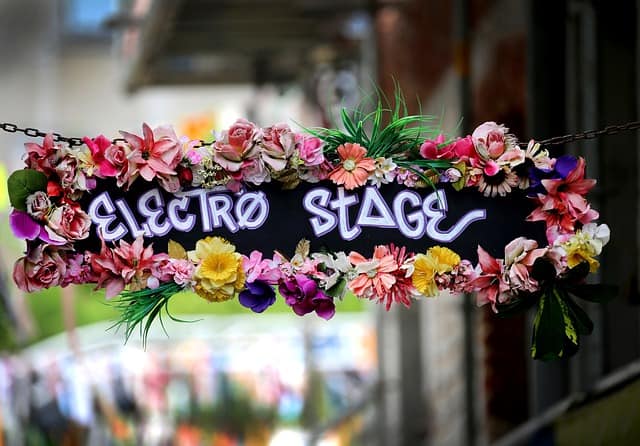 There are many electronic dance music genres, and one of them is electro house. The electro house genre has some characteristics, an history, and some subgenres. This post provides these three things in an overview by which we can understand the genre better.

Electro house is a popular and interesting music genre, and we can find probably all the information we want to know about the genre in this post. We can find this information divided into three sections: characteristics, history, and subgenres. Also, the post has a section for related questions.

Requirements for an Electro House Track

It is hard to define in characteristics when a track is an electro house track. For example, if a track has a 128 BPM tempo and melodic elements, then it could still be a different genre than electro house.

The history of the electro house genre is in a way pretty unknown. The genre has an extreme amount of tracks, which we can order on release date by which we get a history of released tracks. However, it is not that simple.

There are at least three tracks that we can see as early examples of the electro house genre and are labeled correctly, these tracks are:

There were are least three electro house tracks that made the genre way more popular, these tracks are:

The DJ and a producer Dave Nada invented the genre moombahton. He did this invention by slowing down the track “Silvio Ecomo & Chuckie – Moombah (Afrojack Remix)” to around 108 BPM. This track is originally an electro house track and has a tempo of 128 BPM.

Dave Nada did the invention live, and he did it because he wanted to give the party audience a taste of the reggaeton sound.

Later the label Mad Decent released a slower version of the track “Silvio Ecomo & Chuckie – Moombah (Afrojack Remix).” This slower version is the track “Silvio Ecomo & Chuckie – Moombah (Dave Nada Remix).” However, that one version is slower than the other is not the only difference, since there is also a three-second track length difference.

Reggaeton is not an EDM genre and has nothing more in common (as far as I know) with electro house. For this reason, you can’t find any information here in this post about that genre.

Every moombahton track has the requirement that it has a tempo around 108 BPM, without such a tempo it is not moombahton. Moreover, the genre is defined by:

There are many moombahton producers, and some of these include Dave Nada, Diplo, Dillon Francis, Munchi, and Major Lazer.

Moombahton also has a subgenre which is Moombahcore.

The music genre moombahton has influences from other genres of music. These genres include breakcore, dubstep, gabber, and techstep. Moreover, moombahton is defined by:

There are many Moombahcore producers, and some of these include Feed Me, Knife Party, Noisia, Delta Heavy, Dillon Francis, and Zomboy.

Electro house has four subgenres and in this section follows an introduction to these subgenres.

The big room house genre is also known as “big room,” and is a subgenre of electro house. In the early 2010s, the genre gained more popularity. This popularity was especially visible at EDM-oriented events, like festivals such as Tomorrowland.

Big room house sounds like Dutch House, which is also a subgenre of electro house. Both genres are defined by:

The genre name Complextro is a combination of the words “complex” and “electro.” Porter Robinson invented this word combination, by which he could describe the music he was producing in 2010.

Porter Robinson mentioned that two types of music were an influence on his style of music. The first is chiptunes (video game music) and the second is 1980s analog synthesizer music.

The Dutch house genre is also known as “Dirty Dutch,” and is a subgenre of electro house. Dutch house is an electro house style that originated in the Netherlands, from which it probably get the genre name. The genre became more popular in 2009 and Chuckie and Vato Gonzalez were the main pioneers.

Dutch house has influences from other styles/genres of music including Detroit techno, hip hop music, and some other urban styles of music. Furthermore, the genre is primarily defined by:

Two other Dutch house producers are Afrojack and Sidney Samson.

The fidget house genre is also known as “fidget,” and is a subgenre of electro house. Jesse Rose and Switch (the house DJ from London), who are both DJ and producer, invented the name fidget house.

Fidget house has influences from other genres of music. These genres include Baltimore club, Chicago house, Detroit techno, hip hop, kuduro, and Pimba. Furthermore, the genre is defined by:

There are many fidget house producers. Some of these producers include AC Slater, The Bloody Beetroots, Crookers, Hervé, Jack Beats, Jesse Rose, Sinden, and Switch.

Like mentioned above in the subsection “The Moombahton Genre Invention,” Moombahton is a subgenre of house and not of electro house. Also, that subsection has other information about the Moombahton genre.

What are the subgenres of the electro house genre? The electro house genre has four subgenres, which are: big room house, Complextro, Dutch house (Dirty Dutch), and fidget house. Furthermore, some people think that moombahton is also a subgenre of electro house, but this is not true. The DJ and a producer Dave Nada invented the genre moombahton, which he did by slowing down the 128 BPM electro house track “Silvio Ecomo & Chuckie – Moombah (Afrojack Remix)” to around 108 BPM. However, 108 BPM is too slow for an electro house subgenre.