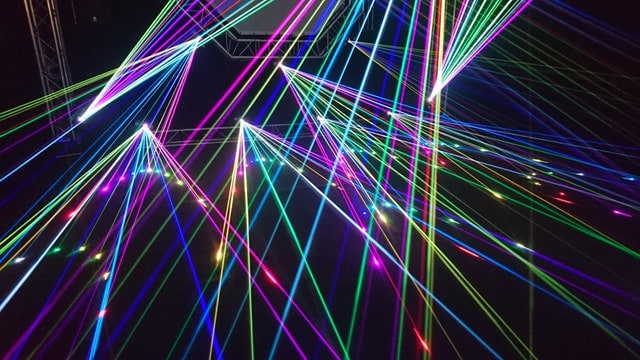 If you have ever been to an EDM event, you maybe know that some disc jockeys have a reputation for endurance. Some epic 10-hour mix sets have etched a few DJ’s names’ in history, but those with the most endurance have gone way longer than 10 hours.

The previous record was 200 hours mix set by Polish artist Norbert Selmaj (Noberto Loco) at The Underground Temple Bar in Dublin, Ireland (11/19/2014 to 11/27/2014, 8 days). Furthermore, to set the current ridiculous record, parameters, and guidelines set by the Guinness Book of World Records must be met.

In order to break any DJ record, it must be verified with the Guinness Book of World Records (GWR). GWR has set guidelines for any DJ trying to break one of the organization’s records, including records for endurance. If an artist is aiming for stamina, these parameters must be met:

GWR officials were not able to attend the event. However, they were able to monitor the event through cameras with a continuous timer in clear sight. The BBC also assisted in monitoring the event.

So after the event was recorded and taken into consideration by the GWR, it took them a couple of weeks to verify after looking over the footage submitted by Obi. After verification, Obi then received his plaque from the institution.

When breaking a record that lasts for over a week, one of the first human elements that we have to take into account is sleep. DJ Obi was not allowed to sleep at all during the entire 10-day mix set, so he had to stay awake.

One of the strategies he used was micro naps, also known as “disco naps.” This is when a performer or event-goer closes their eyes for 4-5 seconds without falling into a slumber. Despite his best efforts, Obi started experiencing hallucinations after five days into the mix set.

Hydration was another component, and Obi had to closely audit during the performance. There are no guidelines as to what an artist can eat and drink. However, Obi had to watch how much he was drinking as well.

There was one instance during the set where Obi had to use the restroom, but there were still a couple of hours left before one of his allocated breaks. While some onlookers thought he was dancing, he was actually holding in his pee! After peeing in a bottle three times, he was more cautious about his hydration.

As for hygiene, Obi was able to take quick showers and relax during his breaks. Also, DJ Obi had to stand the entire time outside of his allocated breaks. Therefore he received massages during his time off.

Throughout the performance, friends and family brought food to Obi. The DJ was allowed medical checks by doctors, and they administered the DJ vitamin doses.

“What kept me going was the energy in the room,” said Obi. (Source: Channels Television, YouTube)

People in attendance said that towards the end of the mix set, it didn’t look like the DJ was playing for days, but that he looked rather fresh.

On the final 10th day of the performance, he had already broken the record, and his vital signs were beginning to take a toll. He was recommended to stop the performance near the end of the day.

The next day, DJ Obi slept for nearly half a day, with much more sleep coming in the following days as well.

While looking for connections, Obi came in contact with many other Nigerian artists, by which he was surprised. Therefore one of his goals, when he went back to Nigeria, was to bring awareness to the music scene in the country.

The Motivation of DJ Obi

Obi heard of the previous record mix set by Noberto Loco before he got the idea to break it.

Instead of paying PR agencies to promote his brand, he announced on his social media accounts, that he was attempting to break the seemingly impossible record. Soon after the announcement, support came pouring in.

Before he knew it, several artists in the area came out to help the DJ break the record. One of these artists in support was the mix set’s lead act, Lynxxx. He mentioned that mental preparation and prayer was a huge factor that contributed towards the success of the performance.

The Preparation of DJ Obi to Beat the Record

To prepare for this, Obi and his crew attempted mix sets that lasted 4-5 days. But Obi said there was no way to prepare for the actual thing. He credits his mental preparation for most of the success in the set.

Over those ten days, Obi played local African artists among the likes of Timaya and Black Coffee. He also played the music of more famous artists such as Jay-Z’s “La La La” and “I Just Wanna Love U,” and Usher’s “U Got it Bad” as well as music from Drake.

Someone asked Obi about one of the songs he played, Drake’s “One Dance.” At the time, it was the most popular song in the world. But the reason he played the song during the set was because of the track’s producer WizKid.

Wizkid is now an accomplished worldwide producer, but his roots are very similar to DJ Obi, as they both grew up in the Nigerian culture.

While setting the record, someone asked Obi about the reputation of the music scene in Nigeria. “Mind you, this is Nigeria, where people think partying is for irresponsible people,” said Obi. (Source: Vice News)

During the entire performance, he did not use the sync button once, which essentially means that he was not just pressing the play button the whole time. So he managed the jog wheels for the entire week and a half.

Obi admitted he wanted to give up after 4-5 days, but went on in honor of his late father, who died in 2012.

After the World Record for DJ Obi

After completing a massive amount of interviews after news broke of his record-breaking achievement, he is went touring all over the world to show he is not just a DJ for endurance. His main goal was to show potential fans and members of the music community that he knows how skillfully work the jog wheels and can perform for a variety of crowds throughout the world.

What music was played at the longest DJ mix set ever? The DJ (DJ Obi) played local African artists among the likes of Timaya and Black Coffee. He also played the music of more famous artists such as Jay-Z’s “La La La” and “I Just Wanna Love U,” and Usher’s “U Got it Bad” as well as music from Drake.