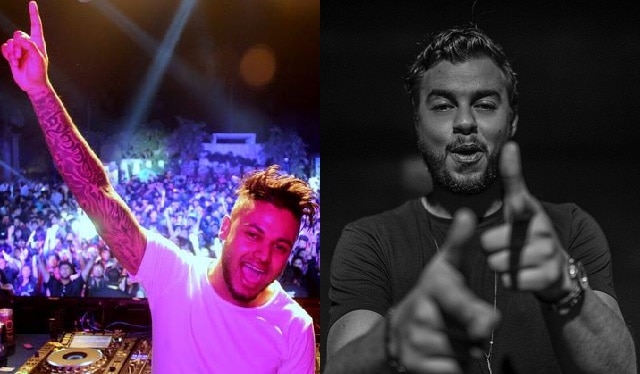 This section is about the song “Epic” by Sandro Silva and Quintino. We can listen to the original mix version of this song on YouTube here:

Another YouTube video about the same song has the name “The first Big Room Song ever – silva and quintino – epic,” which might be fun to know.

Wikipedia about the Song Epic

This subsection is about the Wikipedia page “Epic (Sandro Silva and Quintino song),” which has some information about the song “Epic.”

We can consider the song “Epic” as the first big room house song ever released on 3 October 2011. Sandro Silva, Quintino, and Maarten Vorwerk produced this song. The labels Musical Freedom and Spinnin’ Records released the song.

The artist will.i.am used in his song “Bang Bang” a drop similar to the drop of the song “Epic.” He used this drop without any permission. After a while, all the three producers of Epic became part of the credits of Bang Bang.

In the Netherlands, Epic became a success and reached first place in the charts of the ‘Dutch Top 40’ and the ‘Mega Single Top 100’. In the Dutch Top 40, the song is the twelfth full instrumental in the first place. Also, the Swedish House Mafia’s compilation album “Until Now” featured the song.

Beatport about the Song Epic

Beatport has multiple versions of the song Epic released by multiple labels.

I could only find one Beatport page about the Song Epic on the label Musical Freedom and Big Room/Progressive genre. According to the Wikipedia page in the section above, this Beatport page should be about the song’s first release.

The Beatport page mentions that Epic’s original mix’s song length is 6:00 minutes, and its release date is 20 July 2011. Further, this page also mentions that the song’s key is E minor and has a tempo of 128 BPM.

Some Other Releases of the Song Epic on Beatport

On Beatport, there are some other releases of the song Epic, which this section mentions here.

The label Musical Freedom released the “Garmiani Extended Remix” in the genre Big Room, which is a remix by Garmiani, as we can see on a Beatport page. On this page, we can also see that the song length is 3:04 minutes, and its release date is 10 September 2018. The page can also show us that the song’s key is E major, and it has a tempo of 128 BPM.

Another Beatport page mentions that Musical Freedom also released the “Luminox Remix” in the genre Trap/Hip-Hop/R&B, a remix by Luminox. On this page, we can also see that the song length is 5:10 minutes, and its release date is 13 august 2013. The page can also show us that the song’s key is E minor, and it has a tempo of 140 BPM.

Some labels released the song Epic in genres other than the already mentioned ones. These other combinations of labels and genres are:

Beatport has some songs by which each of them could be the first big room house song ever. At the moment, we can find these songs at the big room genre section on Beatport, then go to the tracks, and then sort these tracks from oldest to newest.

When we sorted the big room songs, we can see that many of these songs have a release date of 1900-01-05. However, this release date is incorrect since the first compositions for electronic instruments were between the 1920s and 1930s, as mentioned on the “Electronic music” Wikipedia page. Yet, it might be possible that one of those songs is the first big room house song ever.

An EDM Sauce page mentions that Faithless’s song “Insomnia” from the year 1995 has some big room house elements, such as its strings and minimal drop. However, this page also mentions that the genre of the song is trance.

On the EDM Sauce page, we can also see that the song “Carpe Noctum” by Tiësto from 2006 has two big room house elements. The first element is the heavy kick drum, and the second element is the big room house sounding melody. However, this song is also in the trance genre, as we can see on a Black Hole Recordings page.

On a Music Hub page, which is part of FANDOM, we can see that they mentioned three songs as big room house songs, which are:

In this section, we can listen to some already mentioned songs, by which each of those could be the first big room house song ever. However, the original mix of “Epic” by Sandro Silva and Quintino is not in this section since it is already above.

Swedish House Mafia – One (Your Name)

Swedish House Mafia – Save The World

Hopefully, you learned something about which songs could be the first big room house song ever, and the songs itself. Furthermore, perhaps you do like these songs, which would be great.

If you like this post, you may want to look at some posts on this website’s lifestyle part since this post is also part of it.