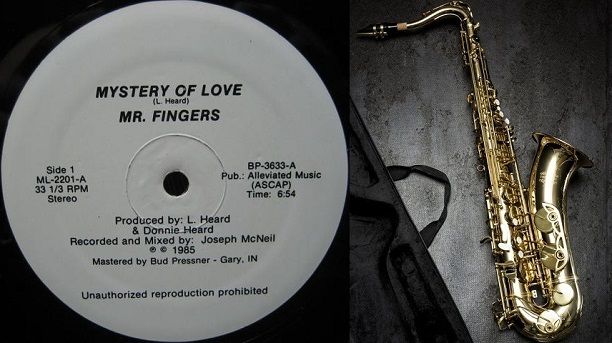 What is deep house music? Deep house is a subgenre of house music, and house music is a genre of electronic dance music (EDM). Moreover, deep house tracks (songs) have a tempo from 100 to 130 beats per minute (bpm), and is a blend of the music genres:

There are some more characteristics which you can find in the following subsections.

Vocals are more common in deep house tracks than in many other house music genres. The characteristics (not requirements) of such vocals are: soulful, slow, smooth, and stylish. Also, it is common that such vocals have a pleasantly concentrated dissonant melody and that they have a chic attitude/behavior.

Soulful vocals are pretty typical in deep house music. Most of the time, the lyrics of such vocals focus on being positive/uplifting, or the lyrics are more as forlorn modern blues lyrics.

We can find male and female vocals in deep house tracks. However, the female ones are more common.

The early deep house tracks from 1986 to 1989 have many influences (also called stylistic origins) from other genres, which are:

Moreover, the jazz-funk influences are from the 1980s jazz-funk.

It is typical deep house to use the complex chords in chord progressions, and they are most of the time four or more bars long. Such progressions give a composition and a track a slightly dissonant feel.

The use of samples from jazz and soul music is also pretty common in deep house tracks.

There are many other deep house characteristics, which are:

A disc jockey (DJ) can determine a lot when he or she plays deep house tracks in a DJ mix. For example, a DJ can make the structure of the track sound less simplistic.

As an example, the structure of a track can be made less simplistic by making the bass drum/kick for one or a few beats unhearable. Furthermore, a DJ can do that by using a high-pass filter.

Producers from Chicago pioneered for a large amount deep house music. Two of these Chicago producers were Marshall Jefferson and Larry Heard.

Marshall Jefferson was part of the group On The House, and Larry Heard is also known as Mr. Fingers. The two tracks “Mystery of Love” (1985) and “Can You Feel It?” (1986) produced by Larry Heard where part of the pioneering of deep house music.

Larry’s sound moved house music back towards the lush, soulful sound of early disco music. Disco music as like that from the old Philadelphia International Records and Salsoul Records.

The other way around is also possible. Thinking that someone mislabels a deep house track or artist, but it is then not mislabeling. Also, such wrong thinking is also pretty common.

There are probably many reasons for misconceptions in labeling deep house tracks. However, possibly the most common reason is that many use the term deep house to group types of house music that is driven by a bassline.

Many people were complaining about the mislabeling. However, it is not mislabeling; the labeling is just not specific enough.

Later Beatport added also the future house genre. Though, I don’t know if someone transferred tracks from the label deep house to future house.

There are many artists (producers and DJs) in the deep house scene. In my opinion, there are too many artists to sum them up here, but Wikipedia has a great deep house musicians list.

Deep house music appeared on at least two albums from artists who are not known for his/hers deep house music, but many know them from other music genres. These albums are:

Listening to some early deep house hits can help to understand the genre more. A few of such hits are:

Deep house tracks have a tempo from 100 to 130 bpm, they have some characteristics, and we can understand them better by knowing some history. Moreover, in the EDM genres, deep house is a specific house genre, and the future house and the tropical house genres are both a specific deep house genre. Furthermore, there is some probably fun to know artists, record labels, albums, and early hits about deep house music.

If you like this post, then you may want to look at some posts in the lifestyle section, since this post is also part of it.