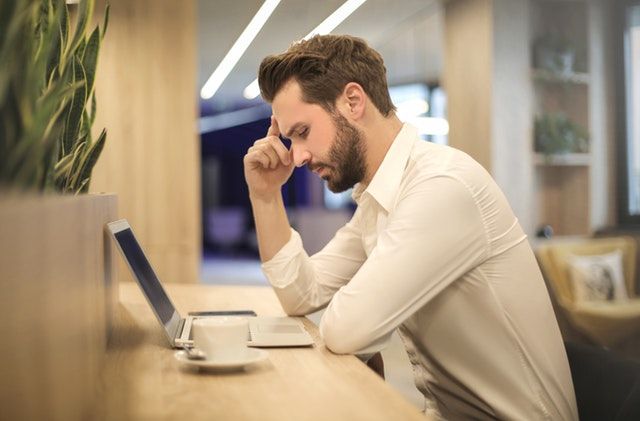 If you want to learn about making electronic dance music, then you have to start somewhere. Some people like to start making music with some experimentation, and others buy something like a course or a book and start from here. What probably helps always in a way, is some information about the bare basics.

Here I try to give you all the information about what are, in my opinion, the bare basics of EDM production. The goal of these basics is to provide enough knowledge so you can understand every other post on this site. So, you can start your road to EDM production right here.

The bare basics consist of knowledge about some terms and things related to EDM. I tried to keep each of these basics as short as possible, but each of them probably has all the information you will need. The goal is to teach you all the basics in a short amount of time as possible.

A digital audio workstation is something that we can use for recording, editing, and producing audio files. Furthermore, the most common DAWs are software applications.

We probably (there are probably some rare exceptions) always need a DAW to produce EDM. Moreover, I recommend a DAW for producing EDM. Here are some popular DAWs I know:

A musical part is a collection of musical notes (explained in a section below) that someone can play on an instrument, which a person can use for one or more elements in a track. For example, some musical parts are baselines, melodies, chords, and pads.

Maybe good to know, you should be able to make musical notes in your DAW of choice, like the red bar in the example image.

For example, someone is singing on a particular pitch. After a while, the person starts to sing higher, which means that the pitch at which the person sings is now also higher.

Some pitches have a notation, and these notations match with the notations of musical notes. Such notations are capital letters, and some letters have an ♭ or a ♯ behind it. Some examples are C, E♭, and D♯.

Notations with an ♭ and notation with a ♯ can be the same pitch. Furthermore, the following pairs are the same pitch if they are in the same octave (explained in a section below): (C♯, D♭), (E♭, D♯), (F♯, G♭), (A♭, G♯), and (B♭, A♯).

The pitch notations of musical notes are the same across all the octaves. To show also in which octave someone should play a musical note, we can add the number of the octave behind it in subscript. For example, C♭ in the fourth octave is C♭4.

A musical key is a group of pitches, and each of these pitches has a unique relationship with each other. However, such a relationship is a topic beyond the bare basics. An example key is “E minor,” and it has the pitches: E, F♯, G, A, B, C, and D.

Most of the time, only one musical key is used in a full EDM track. So, all the pitches used in the track consist of those from a chosen key.

In EDM minor musical keys are way more common than other keys such as major keys. A possible reason for this popularity is that minor keys can sound serious. Further, some popular and safe choices for minor keys are A, C, E, and G.

Of course, choosing a minor musical key or choosing one of the mentioned keys is not a requirement. For example, this track is in the key D♭ major: Armin van Buuren – My Symphony (The Best Of Armin Only Anthem).

For example, take the musical key “G minor” which has the pitches: G, A, B♭, C, D, E♭, and F. In this key is G the tonic and D is the perfect fifth.

In the image below, you see four beats (in red) in one bar (measure). A bar like this is by far the most popular and most people will only see and use a bar like this, and never a different one. If you can recognize a bar with four beats like this in your DAW, then you probably already know enough about beats and bars.

An explanation, but a not a bare basic

You do not require to understand this explanation, which means you can skip this section. The following information is in a way to advanced for being part of the bare basics. So, it is more for the people who want to know a bit more theory.

A beat is a steady pulse that you feel (not hear). You can feel these beats conscious or unconscious while hearing some music. Every track has these beats, as far as I know.

Musical notes can show beats as quarter notes. However, showing beats with notes is just method to visualize a beat, it does not mean that the sound is a quarter note (1/4th-note) long.

A meter is the organization of beats, and it helps people to read and play music. The most common meter is 4/4 time.

A measure, which is also called a bar, is the space between bar lines. You can see a bar as a box which can have beats inside it. For example, a meter in 4/4 time has four beats per measure.

A musical rest is a period of silence in a musical part, and it is sometimes also called a pause. Such a period is indicated by a musical note length value or in whole bars. So for example, an eighth note (1/8th-note) rest is a silence of an eighth note long, and two-bar rest is a two bar long silence.

I provided a list of terms and things that are both related to EDM production, and which are to my opinion the bare basics. If you understand these basics pretty well, then you should be able to follow all the other posts on this site. However, you can also continue with other posts if you don’t understand all the basics, and just come back here when you want some information.

All the posts about EDM production are in the production part of this website. In that part, you can find much information about production in varying topics.