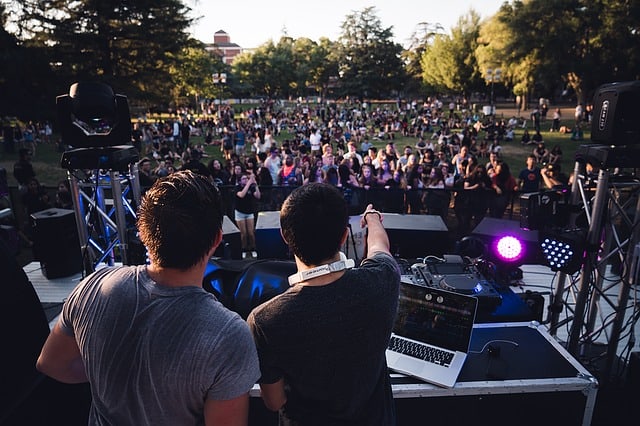 Harmonic mixing (mixing in key) is a popular topic among many DJs. Many of those DJs think harmonic mixing is a must and others don’t believe in it. However, it is not that simple to only to choose to or not to harmonically mix your tracks (songs).

We can see the basics of mixing as two elements: the flow and the dance floor matrix.

Why We Should Harmonic Mix

Harmonic mixing is critical when we need to perform longer mixes. It allows you to run your mixes for longer without losing any of the sweetness in between the tracks. Furthermore, harmonic mixing has two benefits:

When Not to Harmonic Mix

If you have a well-organized collection, then you have several options to choose from at any given moment. By default, the best option will be the one that is in key with the track currently playing. In practice though that may not be the best option given the energy of the crowd.

In such an instance, you may be better of going with another off-key track that matches the energy of the crowd. It is critical to remember that the music is a two-way conversation with the crowd and you that you don’t want to cut it off by playing a low energy track.

Sometimes a song that matches the energy level of the crowd may be planned several tracks away. If this is the case, then you have to play it immediately now to keep the energy going.

How to Decide When to Harmonic Mix or Not

There are four situations possible when we can decide to use harmonic mixing or not the use. The first two situations are:

Use Harmonic Mixing as a Tool

There is no perfect formula for mixing music, which will have the maximum impact that you expect on a crowd. However, it is important, and it can be very effective when we do it correctly. Nevertheless, you should use it just like the effects in the DJing software, the loops in the CDJ, or the EQ on the mixer.

Harmonic mixing is a good and effective tool in a DJs arsenal. However, it has been known to fall flat on its face if it is not matched with the energy levels of the crowd, and the genre of the music. Even the best DJs such as Armin van Buuren only use the tool.

Sometimes you may find that several tracks in your collection are grouped perfectly in a set of compatible keys. This makes it easy to do some harmonic mixing for longer performances. There is also software available that you could use that provide some inspiration to trying out a track that you else may not have played.

Moreover, harmonic mixing can make for some good practice sessions at home. They allow you to experiment with creative remixes and combinations.

Some Music Genres Are More Suited for Harmonic Mixing